Tihlo henhla is the Tsonga word for “Eye Above” and that is exactly what this project is all about, equipping those who are fighting the war against Rhino poaching with an eye in the sky that evens the odds.

Firstly let’s make no bones about it, the rangers and wardens on the ground are fighting a full out war to protect rhinos, pangolins and other wildlife that have become targets for a very well financed poaching industry.

Secondly this isn’t just another project asking you for your money, it is a project where I and various partners have already donated money, equipment and technology to get it airborne. This time all we want you to do is fully understand that nature of the war that’s being fought, where your money you are already donating isn’t going and why we took this step.

To understand this let’s start with why someone, being myself, who is by no means rich, would invest a lot of his own money into building a hi-tech anti poaching drone that would be donated to a reserve.

It all began with a very dear, late friend, Giacomo Angelini. 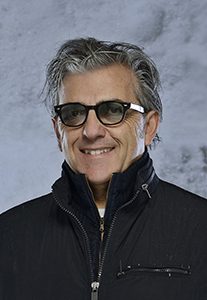 Giaco was a fiery short little Italian, who was continually overcompensating for being short and Italian, his words not mine. One thing you learned quickly was that had a very intense love for the bush and wildlife. When he wasn’t directing commercials he was always off on some adventure in the bush or at his house in the Olifants River Game Reserve. To give you an idea of how bush crazy he was, he went as far as painting his land cruiser, at Olifants, in a zebra pattern and his one in Cape Town in a giraffe pattern.

One thing Giaco didn’t love about the bush was the ever growing problem with poachers who had started to launch incursions into his beloved Olifants, which was home to Rhino and he was very enthusiastic when a drone project came onto the horizon. I know he worked quite hard to try move it forward but after his death it seems that red tape and political agendas put an end ot yet another attempt to even the odds.

Ironically at the same time I met Giaco, I independently also became good friends with the daughter of the head game ranger from Olifants River Game Reserve, part of the greater Balule Nature Reserve (BNR), in Limpopo.

Sometimes fate has a strange way of working.

This friendship eventually led to me having the great privilege of spending a few days up at the reserve at the end of last year. From my chats with Giaco and having done a bit of research, I thought I knew what reserves like Olifants were dealing with but the visit was to prove me very very wrong.

Let me digress and paint a picture that I don’t think many South Africans or even people in the world have seen or really understand.

We all see organisations popping up raising funds to help with Rhino conservation but do any of us actually understand what Rhino conservation actually means as in what do the people on the ground actually need? Also where is all this money actually going to? Do any of us really know? The assumption is its going towards hi-tech equipment and anti poaching forces, right? 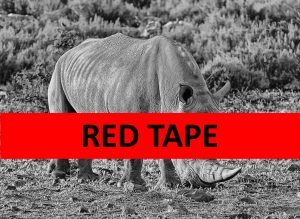 Think again… If anything it is consumed in the bureaucratic political infighting fueled by differing opinions as to exactly how Rhino poaching should be dealt with and who should be in charge. It gets chewed up paying the salaries of the many top heavy organisations all vying to take the lead and get the credit, by well meaning ventures that actually don’t address the poaching problem or the host of drone projects all looking for your funding to become the ultimate solution and all failing at some stage in the process.

Reserves like Olifants, and most of Balule, are even more complex because the are actually collaborations of privately owned land who have removed their fences allowing wildlife to roam more freely. Because they are private, most of your donations will never see them even though they are becoming safe havens dedicated to trying to increase the number of wild Rhino. 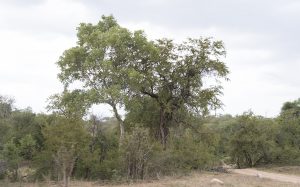 Then there is the terrain which isn’t the nice open grassy plains of your imagination but in many cases bush so thick that a rhino could be standing 5 meters from you and you may not see him.

This is the terrain the the poachers use to their advantage.

In the dead of night the poachers wade across the crocodile infested olifants river and camp out waiting for the opportunity to kill a rhino for its horn. In the blackness that is the bush after dark, they own the night and the rangers on the ground do everything they can just to keep up, with terrain and lack of funding working against them.

You really have to experience the bush at night for yourself to understand why we are losing so many good people who just can’t keep fighting a losing battle. 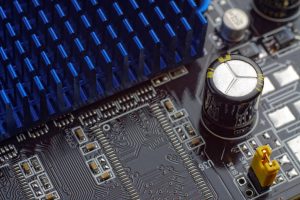 The solution may seem to be simple, throw technology at the problem but one has to be very careful when you go down this route because technology often comes with an unintended price and can become a problem in itself. 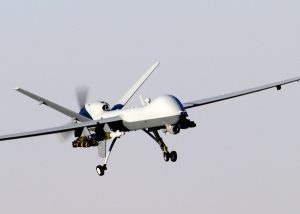 The obvious place to start looking would be military spec drone technology. This is very hi-tech and capable but it’s expensive and the companies who make it are looking to make big profits from it. Add to this that the technology often needs highly skilled operators and the spares are all proprietary and you soon realise that the reserves like Olifants, just can’t afford this kind of equipment. 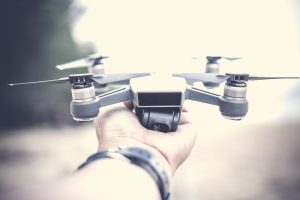 Fortunately technology is getting better and cheaper. These days you can pick up a cheap drone for a few R1000 and a high end version for R20-30k. I actually considered a small commercial drone with a camera but after visiting the reserve you soon realise that no matter how great these are for photography, they are still really toys. These drones are also causing a big problem because people are buying them due to the low cost and flying them around the reserves disturbing the animals and annoying other owners and guests. Not unexpectedly this has led to a ban, on the flying of drones, in many areas adding an additional barrier in the fight against poaching.

During my short time at the reserve a few things became very obvious.

Before my trip up I already suspected that this would require a real UAV, unmanned aerial vehicle, not a toy you can pick up at a hobby shop. I suspected it would need some hi-tech equipment although I seriously underestimated how much it would need. As soon as I got back to Cape Town I began doing some serious research and my experience as a systems designer really came in handy.

Factors that had to be taken into account were:

This definitely wasn’t something you could pick up in a shop or your local toy store or your run of the mill UAV, this would need to be a purpose built AAPA (Autonomous Anti Poaching Aircraft). So all of the above is great but the more technology you put into the an airframe, the more it will weigh and the more it weighs the less payload weight is left for batteries which means shorter time in the air.

To get the weight down as much as possible means cutting edge components which of course come at a price. All in this was looking like it would cost a lot more than I expected but a visit up to Olifants makes you realise something very important…

This isn’t about money…

It’s about us the public getting involved where ever we can so that one day our children and their children will hopefully still be able to see Rhino and other endangered species in the wild, not in a museum in the extinct section.

As members of the public we need to stop giving to faceless top heavy organisations and find how we can make a difference to those fighting this war on the ground. We need to work with stakeholders and come in with an outside perspective that supersedes individual agendas because if done correctly, we are holding the cheque that they need and hopefully all we are asking for is everyone to be rational and see reason, being that we have to fight the poaching problem right now.

So onto the the AAPA. In the end the obvious choice was a Skywalker x8 flying wing. It is a 2.1m flying wing made of strong EPO foam which makes it light and easy to repair. We have reinforced it to increase the payload weight an added VTOL (vertical take off and landing) capabilities so that it can operate anywhere in the BNR.

As the APPA will primarily operate at night, we have added a ADS-B receiver to allow it to automatically avoid commercial aircraft with ADS-B transponders.

It will have a 60km telemetry range so it will be able to patrol wherever it’s needed on BNR. Buy in from individual reserves, within BNR, with landing strips would mean it could land to replace batteries when it needed.

Once the AAPA takes to the sky it will fly nightly missions where its primary objective will be to use its FLIR thermal camera to watch for incursions along vulnerable borders. Once a threat is detected, the drone will loiter and monitor while responders are sent to the location. If the threat moves, it can follow them. The onboard flight systems means that the BNR command centre needs to spend less manpower flying it and we are talking to universities working on autonomous poacher detection to see if they will include us in their projects so that the APPA can detect incursions on its own.

So where does this all go and what is the point of this?

We have made sure that only off the shelf components have been used meaning that maintenance will be easier and cheaper to perform. In addition we are using the build and testing of Tihlo henhla, our first VTOL X8, as a blueprint that can be replicated, for reserves all over South Africa, to commission and implement their own AAPAs platform.

It is my hope that we can grow this to become a crowdfunding platform where reserves can apply for aid to build and implement their own AAPA. You will then be able to donate directly to the project and ensure that every cent goes towards getting another, tried and tested, AAPA into the air to help that reserve take back the night.

This site uses Akismet to reduce spam. Learn how your comment data is processed.

We are a not for profit project founded by businessmen Robert Miller who aims to help fight against Rhino Poaching.